GameArt tries to diversify the games they produce in order to reach as many customers as possible. The developer has again amazed players with the launch of the Wolf Quest online slot. Another slot machine, with a game setting inspired by Native American culture, has been added to GameArt’s online game collection.

The gambling enthusiasts will surely be tempted to play a game. Bettors will have 50 paylines to play on. The lucky ones can get rich in no time with Wolf Quest.

Wolf Quest is a 5 reel slot with 4 symbols on each reel. Participants try their luck by lining up the symbols in such a way that winning combinations emerge. However, bettors will need to think carefully before deciding how much to place.

This version of the online slot machine is for anyone who loves games of chance, regardless of their starting background. Bets can range from 0.25 to 12.50. It is up to each person to adjust their total bet by using the arrows at the bottom of the screen. GameArt has taken care of giving Wolf Quest an easy-to-play environment that bettors can easily understand.

Some very interesting features, including the ability to put the reels on autopilot, have been added to the game. By pressing Autoplay, players will be able to make the reels spin automatically. They can set the number of revolutions without exceeding 500 revolutions.

GameArt has put a lot of effort into the design of the Wolf Quest slot machine. The game lives up to its name with the blue light of the moon in winter as a background. The game environment is directly reminiscent of movies that feature wolves and their environment, which makes the game even more exciting. As far as sound effects are concerned, you will only hear a few jingles during the games. The small howls and tribal music make Wolf Quest an even more thrilling experience. You’ll also hear the sounds of the spinning reels and the cash register collecting money.

Winning in the main game

Players need to remember the rules of the game to be able to put all the chances on their side. To do this, they must first remember the meanings and values of the icons that will appear on the reels during the games. You have to take this into account and then try to pocket huge rewards. Icons include a trio of tribal shields, a stern-looking owl, a pair of wolves, an image of a wolf howling at the moon, a wolf’s paw symbol, an eagle, and a bonfire raging in the plain.

The two Arctic wolves symbol is the highest paying symbol in Wolf Quest. The one who manages to line up 5 of them will win the jackpot worth 250. The owl and the eagle, on the other hand, can bring a maximum gain of 100 and 125. You will also see other symbols such as the tribal shield, the wolf’s paw, the wild moon or the howling wolf.

In addition to the main bet, GameArt offers other possibilities to players. Those who manage to land three or more wolf paw icons on the first three reels will get ten free spins. They will also be awarded 50 credits. The wild is the game’s moon icon, but it can substitute for any other symbol during the free spins, which greatly increases the chance of winning combinations.

Another feature is also available in Wolf Quest. GameArt has especially thought about those who like risky adventures and those who would not be satisfied with the amount won during a main bet. Simply switch to Gamble mode to access a mini-game that allows you to double your winnings in a few clicks.

The principle is quite simple since you just have to guess the color of the face down card. It can be red or black. Keep in mind, however, that one mistake on your part will be enough to lose all your winnings.

🎖️ How do you get free spins on Wolf Quest? 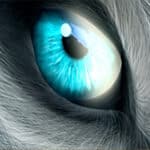 🎯 What is the RTP of the Wolf Quest slot machine?

The player payout rate of the is close to 97%.

❤️ What jackpot can you expect with the Wolf Quest slot machine?

A small jackpot of 2000 coins >> Discover the Wolf Quest