GameArt tries as much as possible to diversify its products in order to satisfy a larger number of customers. Phoenix Princess is a slot provided by this developer inspired by the oriental style. The slot has a very captivating design at first glance. GameArt has opted for purple for the 5 reels that make up the game. A golden background brings a little oriental touch to Phoenix Princess. Twenty fixed paylines and other features specifically designed to increase the odds of winning await players.

Phoenix Princess has nothing to envy to other games that include mini-games in addition to the main bet. With the features available, the game has a lot to offer to slot machine enthusiasts. Even those who have never played before would surely be tempted by this title with attractive graphics.

Phoenix Princess is a slot machine whose rules are fairly easy to understand. The coins used in the game range from $0.01 to $0.50. However, players are free to choose their bet amount per line from the 20 paylines. It is up to each individual to determine the amount of money they want to place on each line. Indeed, the world can play it, regardless of its background.

The main goal of the game is to successfully create the right symbol combinations, also known as winning formations. With Phoenix Princess, bettors can place anywhere from $0.20 to $10.00 per spin, so even small players can try their luck. Regular rewards range from 5x to 50x the starting stake. Those lucky enough to land a yin-yang symbol on each reel will win the jackpot, which can be as high as 3,000 times the bet per line. You have to be lucky enough to get the maximum payment.

The symbols of the game

With the colors used, the graphics of the game as well as the design of the symbols, Phoenix Princess would not leave anyone indifferent. Like its counterparts, the slot uses card game symbols, ranging from the number 9 to the Ace. They are also called regular icons. Lotus flowers, pagodas, ornate vases and the princess are the unique icons of the game.

The most valuable symbol in the game is the stone yin-yang. During the games, you will see other images like the phoenix on the reels. The sense of detail allowed GameArt to improve the graphics of the game. The developer has chosen to animate the symbols when they appear on a winning line. Indeed, working on symbols, GameArt provides a beautiful visual experience to participants.

The fact that there is very little music is the only problem with Phoenix Princess. Apart from the sound of the spinning reels and the noise of cashing in the money, the game only plays a few winning jingles. The atmosphere is therefore quite quiet during the games.

The bonus feature in Phoenix Princess

One thing is for sure, it’s not just the game’s graphics that make players choose Phoenix Princess. A bonus is also offered to participants if they play many games. It should also be noted that only phoenix icons that appear on consecutive reels from the left side are valid. Three or more are required to activate the bonus. It is this bonus that will give participants eight free spins.

Bettors should expect some changes during the free games. The yin-yang symbol can disappear at any time. Unique icons will become wild symbols. This means that participants are guaranteed at least one winning line every time the reels spin. Another bonus game has also been designed to increase the chances of winning each game. It is a matter of guessing the colors that will appear. However, it is important to remember that it only takes one mistake for you to go home with empty pockets.

❤️ What jackpot can you expect with the Phoenix Princess slot machine? 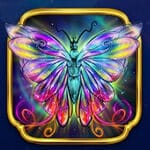 💛 What is the payout rate for Phoenix Princess Game Art?

The RTP is around 96.7%, which is an excellent return rate for players

🍉 How do you get free spins the Phoenix Princess slot machine?

Thanks to the Scatter symbol, free spins are very frequent